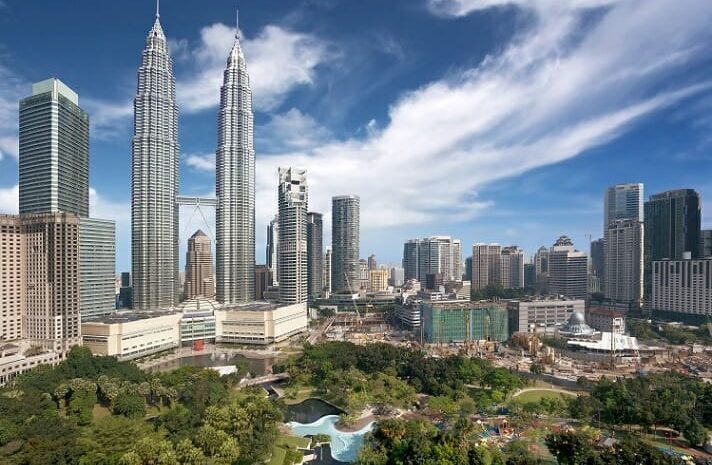 This article mainly presents a list of the best commercial banks available in Malaysia. Before that, I would like to show you the general background of the banking system in Malaysia. The banking industry in Malaysia can be dated back to the mid 19th century when Malaysia was under British colonial rule. The merchants from Britain first carried out trading activities in Strait Settlement which are known as Penang and Singapore. Due to the strategic location on the trade route between east and west, Penang was the first place in Malaysia to be identified as the catalyst for Banks. Eventually, the first Charter Bank was set up in 1875 which would be followed by Hong Kong Bank after eleven years. Currently, Malaysia has over 27 commercial banks with each of these banks having ATMs and branches spread out across the nation. However, since there are so many banks spread across Malaysia, which are these are the best-rated banks? No worries! Let’s find out.

Based in Kuala Lumpur, the bank was first founded in 1966 by Teh Hong Piow that offers financial and banking services for Asia-Pacific regions, like Thailand and Singapore. The bank provides various banking services, including personal and commercial banking in on-site or online services. The bank is known as the largest bank by shareholders, followed by Maybank and CIMB Bank. Despite being one of the largest banks in South East Asia with over RM 300k billion assets, Public Bank Group is also well known for its reputation of its integrity, trust, and good governance, which drives its business through knowledge, expertise, hard work, and a customer-focused approach based on a sustainable approach. The approach not only made customers being valued also feel safe and trustworthy all the time.

Also based in Kuala Lumpur, which houses the Menara Maybank, the bank is the largest in Malaysia with over RM 800k billion of assets. The bank was first founded by a Singaporean tycoon Tan Sri Koh Teck Phuat in the year 1960. Currently, Maybank is under the management of the appointed, Datuk Abdul Farid Alias who now serves as the president and CEO of Maybank. Like other banks, the bank also offers on-site and online banking services that cover personal, commercial, and Islamic banking. Despite being the largest Bank locally and in the South East Asia region, Maybank is now claimed as the safest bank in Malaysia and the Asia region.

Another that is also headquartered in Kuala Lumpur, the bank is the fourth largest bank in Malaysia with approximately RM 200k billion of assets. Founded in 1997, the bank was formed from a merger of two banks, the DCB Bank and Kwong Yik Bank. Also like other banks in Malaysia, the bank offers on-site and online banking services as well. The bank has established itself as one of the most creative financial service providers not only in Malaysia but also in the Asian area with numerous awards being received over the past years.

Hong Leong Bank was first founded in Kuching, Sarawak in the year 1905 as Kwong Lee Mortgage & Remittance Company. In the early stage, the company also dealt with remitting services for overseas Chinese to enable them to send money to their family members in Southern China. Currently, the bank provides services that are roughly similar to the other banks across Malaysia. According to the international banking and finance publication, Asiamoney, the bank is well-known for winning the Best SME Bank award for its leadership in offering tailor-made comprehensive banking solutions powered by digital innovation to small and medium-sized businesses (SMEs). Furthermore, the bank was named the ‘Best Digital Bank,’ recognizing the bank’s excellent efforts to expedite its digital transformation and successfully increase its clients’ digital engagement.
Are you looking for help on how to create an online bank account? Check out more in e-banking account creation Malaysia for more info.